Early in the morning on 26 March I learned through a flash message on my mobile that there would be a complete stop to all air traffic in and out of Moscow at midnight the same day in response to the fast spreading of the coronavirus. Not knowing for how long such a stop would last, I quickly booked a flight to leave for Sweden, late enough to allow me to pack my things and finish up in the office. Prices for tickets were terrible as few were left. To be on the safe side, I arrived at Sheremetyevo airport three hours before departure. As I entered the terminal, I saw that one of the remaining five flights on the flight board was marked CANCELLED in red letters that seemed to glow. That was my flight. Such was the prelude to my quarantine story.

Back in my apartment in the city center, I heard rumors that a lockdown-order of the country was on its way. Already the day before, and as an indication of some process in motion, President Putin had made a speech on national television, declaring the following week to be a “work-free week”. The term “work-free week” is a novelty and has no special legal significance. But the message was clear: employees should stay at home on holiday for a week, but would still receive their salary. Employers would be reimbursed under a mechanism to be worked out later.

Then came the next step, first relating only to Moscow. In the evening of 29 March, Mayor Sergey Sobyanin announced a decree on “self-isolation” for the residents of the City of Moscow. The time between the announcement and the entry into force of the decree was short; “self-isolation” would be effective from midnight 30 March. Again, “self-isolation” is not legal term but the effect is similar to that of a “lockdown”, as that word has become to be used internationally. This decree went much further than the work-free week. Until further notice from City Hall, Moscow residents would now have to “self-isolate” in their homes. This means that they had to stay in their homes and would only be allowed to go outside in order to (1) seek emergency medical care; (2) go to work (but not if they were subject to the “work-free”-regime); (3) go to the closest food store or pharmacy; (4) walk their pets but only within 100 meters from home; or (5) take out the garbage. Every person moving outside must additionally keep a distance of at least 1.5 meters to any third person. The harshest provision related to persons 65 years of age or older, who are not allowed to go outside at all. To care for this category, City Hall set out to provide the required resources by making visits to their homes. How this works in practice is hard to understand but probably not so well, since a large number of groups quickly emerged on Facebook and WhatsApp to offer voluntary assistance to pensioners all over the City. To read how these groups work is quite touching.

In line with the Russian attitude to “crime and punishment”, consequences for breaching the “self-isolation” regime are severe: Any breach may be subject to a fine of 40,000 roubles (SEK 5,500) but up to 300,000 roubles (SEK 40,500) if a third person should be infected by the coronavirus due to a violation of the distancing requirement. If such a third person should die, the Penal Code will apply and a strict prison term will most certainly apply.

To enforce of the “self-isolation” regime, City Hall introduced a system to allow the authorities to monitor all movements by public transportation, taxi or private car in the City. The system requires every traveler to register a QR code by mobile phone ahead of any trip, as well as the traveler’s residential address and the license plate number if the journey is by car. Despite a few glitches in the beginning this system is now in operation in Moscow by use of the vast network of surveillance and traffic cameras all over the city. Any person found to be in the wrong place will automatically and in real-time receive an electronic fine or will be fined on the spot if stopped by the police.

With the numbers of Covid-19 cases only rising, President Putin and Mayor Sobyanin, working in a sort of tandem mode, have each prolonged on two occasions the “work-free” period and the “self-isolation” regime. They are now effective until 11 May. However, many believe that this date will be pushed forward at least until the end of May as the situation in the country and in Moscow is only getting worse. As I am writing this, Russia has just recorded it highest daily rise of Covid-19 cases with more than 10, 000 new cases, of which the majority is in Moscow alone. The total number of cases for the country is close to 135,000 for the country, with well more than half in Moscow. Numbers are rising and we are far from the plateau.

The seriousness of the situation has also been underscored by a presidential decision in late April to cancel the celebration and the military parade in Moscow of perhaps the most important date in the Russian calendar, Victory Day on 9 May. This has never happened before. Additionally, the vote on a change of the Constitution, which, if affirmative would have given President Putin a mandate to remain the President of the country until 2036, has been postponed until a date which will be announced later.

At this point, I have decided to just stick it out in my apartment until it is possible to travel in and out of Russia again and in a reasonably safe way. My neighbors on the other hand, appear to have all gone, left for their dachas or to relatives in other parts of the country that are still open. There are estimates that at least 20 percent of the residents in the City have left, and since my quarters are in the center with relatively few inhabitants it is very noticeable here. My house is very quiet. There are no sounds from upstairs or downstairs, no sounds from the water pipes and no sounds from the elevator. The two old ladies and the elderly gentleman who used to sit (or sleep) inside the entrance to my house disappeared a month ago, clearly subject to the age limit in the “self-isolation” decree. The visitors who now come to my door (without crossing the red line I have taped to the floor 2 meters from it) are from companies that deliver food, such as “Yandex Eda” and “Delivery Club”. A very large number of restaurants, eateries and coffee houses in Moscow that are closed for guests have adapted to the situation and now prepare food and drinks for delivery or take-away, a business that City Hall allows. Deliveries are fast, 30-40 minutes is the norm. It certainly helps that Moscow streets are almost free of cars. Other e-commerce, which was already well developed in Moscow before the lockdown, has also received an additional boost. Any goods from the big department stores such as TSUM, Auchan or Lenta (allowed to be open as they also sell food) will be delivered within hours. It is clear that it is the small stores and “non-essential businesses” such as bookstores, travel agencies, florists, hair-dressers etcetera that will suffer the most.

When I look out the window these days, the street is almost empty; a Yandex or Uber taxi will pass now and then, the police will drive by, people from the sanitary brigade in their orange trucks are spraying the street with some frothy white liquid (previously it was just water), an occasional person with a dog will pass by, and I can confirm that the delivery couriers on their electric scooters do indeed wear their masks and gloves at all times, as their employers claim they do in adverts. Other than that, my street it is quiet and empty.

I am quite fine and privileged in my quarantine; I have books to read, DVDs (old fashioned, yes) to watch and the Internet is working fine. I have a “shvedskaya stenka” (ribbstol) in my living room, a rowing machine and dumbbells. The gyms are closed (glad I did not prolong that gym card!), but in an attempt to keep their customers, the leading fitness clubs provide free on-line training sessions on their web sites. For being under siege, I have all I need. I have a home-office set up, I have a window onto the street, and I have job to do!

After working for a leading Swedish law firm, first in Stockholm and then from 1996 and on in St. Petersburg and then in Moscow as managing partner of the firm’s two Russian offices, I left the partnership in 2018 to set up my own firm. My new practice is focused on what I have spent some 20 years doing in Russia, i.e. assisting and guiding Nordic companies into and on the Russian market. The big difference now is the pleasure of being able to do this without the drawback of a big establishment, where time must be spent on administration, staff issues, policy questions, quarterly reporting, and tackling cost issues. Instead, I can focus on giving clients my time and the best legal assistance. There are times when I will be able to offer that assistance. But other times, I will connect to other lawyers whom I have been fortunate enough to get to know and with whom I can now team up and work with. This has turned out to be a very fruitful way of working in my new capacity. In particular, and for a number of years (even at my time with the big firm) I have been working with a small but very sharp Russian law office in a number of Nordic M&A and real estate transactions. That cooperation has strengthened and together we are now involved in what clearly must be some of the largest Nordic projects in Russia. Who these lawyers are? Well, if you really wish to know, give me a call and let’s talk!

Till then, stay safe and get some sun, those of you who can!

Warning: filesize(): stat failed for http://swedishrussian.com/wp-content/uploads/2019/04/Viking-Bohman-BRI-PPT.pptx in /var/www/html/wp-includes/functions.php on line 3867

Warning: filesize(): stat failed for http://swedishrussian.com/wp-content/uploads/2019/04/SIDA.pptx in /var/www/html/wp-includes/functions.php on line 3867

Warning: filesize(): stat failed for http://swedishrussian.com/wp-content/uploads/2019/04/Business-Sweden-Belt-and-Road.pdf in /var/www/html/wp-includes/functions.php on line 3867

Warning: filesize(): stat failed for http://swedishrussian.com/wp-content/uploads/2019/04/Bombardier-the-corporate-reflections.pdf in /var/www/html/wp-includes/functions.php on line 3867 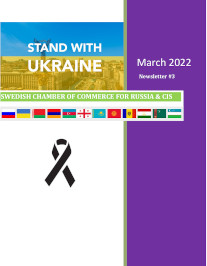 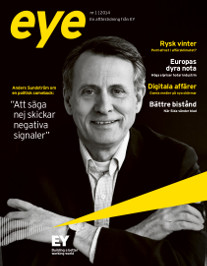 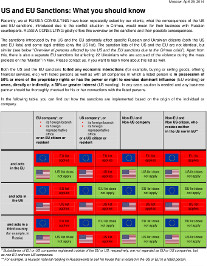